Marinating is good. This is another recipe I was able to make days in advance of the big 30th b-day bash (see below). A pretty standard take on a marinated bocconcini side dish, it is an excellent time-saver for a party because the mozzarella should marinate for a few days, which leaves you time to work on the other food. The delicous twist on this mostly traditional recipe is the addition of celery and walnuts. Now I know many people have strong feelings about the stringy green stalk, but I am a fan. Those who aren't can pick it out- it added a nice crunch to this dish.

I started off by putting a few cups of olive oil in my big 10 pound skillet. You add all the flavorings, garlic, red pepper flakes, salt and pepper, heat up and let sit for a few minutes.

The make or break on this dish is the type of mozzarella you buy. If your mozzarella came out of the cheese section of your local super market, and was next directly next to a bag of orange pre-shredded cheddar--your salad is going to suck. You need to get the real deal mozzarella. The kind where the little balls swim around in their own juice. They even sell a decent version of this at Costco now, so no excuses. Rubber mozzarella is bad. Fresh buffalo mozzarella is good.

I poured the flavor-infused oil over the mozzarella, tossed, covered with plastic and put in the fridge for two days. When I was ready to serve, I pulled the cheese out of the marinade, tossed it in a simple white bowl with celery, toasted walnuts, and a generous shake of salt and pepper. A sprinkling of lemon zest could have been nice.

This was a big hit-it went well with the baby spinach salad. 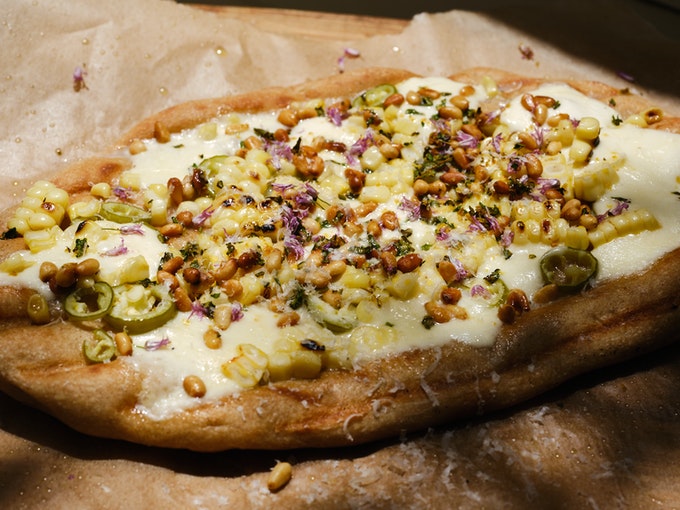 How to make grilled pizza and everything you need to know to get it right - with topping ideas! 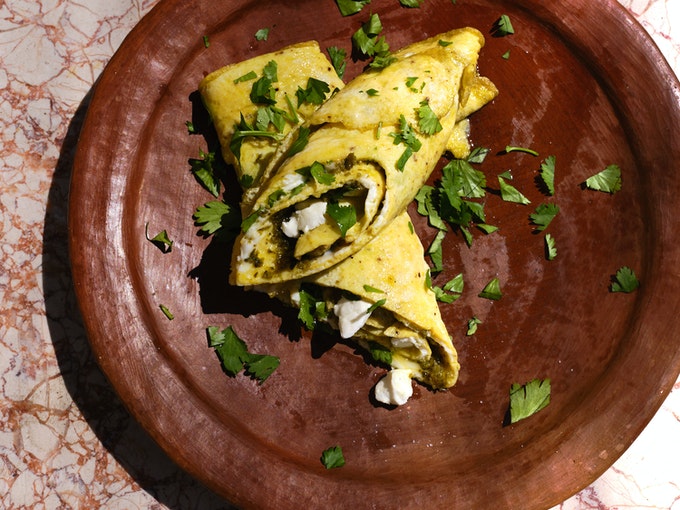 Eggs cooked crepe-thin and stuffed. A delicious and lighter alternative to heavy, cheese-stuffed omelette recipes - great for lunch and brunch.

or better yet, make your own mozzarella. it's terribly easy and takes about 1/2 hour. 1 gallon milk makes about 12 oz. fresh mozzarella. that means at home it costs you about US$3 a pound for ultra-fresh tasty mozzarella. the gourmet store near me charges US$7 a pound. http://www.cheesemaking.com sells a great inexpensive kit to get you started. . .