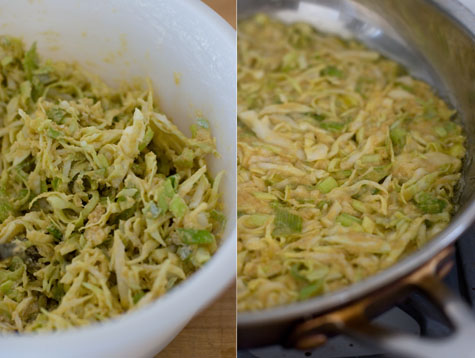 This pizza dough recipe sets the foundation for beautiful, flavorful pizzas. It works great in home ovens as well as outdoor pizza ovens. No mixer is needed and you don’t need to proof your yeast. 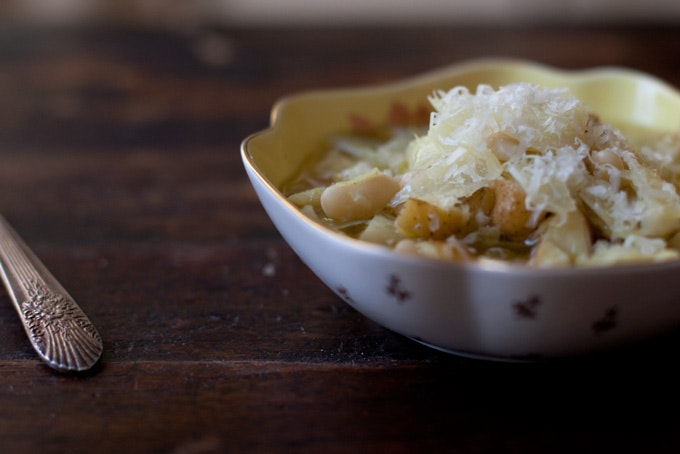 I LOVE okonomiyaki, but I definitely never heard it called Japanese pizza when I lived there. At least not seriously. They like American pizza (with tuna and corn on top) too much. But thanks for the recipe!

Okonomiyaki is soooo delicious! It's often made with squid, but can be made with a multitude of ingredients. The two constants seem to be cabbage, and a kind of grated sweet potato, similar to taro. It adds a stretchiness, an unctuousness, to the batter. Usually, the grated sweet potato is added to the batter, then it is allowed to rest, to make it very smooth. The cooked okonomiyaki is usually dressed with a drizzle of thin Japanese mayonnaise, and a drizzle of a brown sauce similar (but not the same!) as our steak sauce.

how cool - I've never heard of Japanese Pizza and it looks really good.

Okonomiyaki is definitely among my favorite Japanese dishes and I'm impressed by the accuracy of your description. And as the name implies, the best way to enjoy okomiyaki is with your own special ingredients; I like making a tart dipping sauce with lemon, miso, shoyu, and whatever other ingredients I have to counter the heft of the pancake itself. Great post.

wow! this looks amazing! i LOVE cabbage and leeks, so this is right up my alley! will definitely try this this week! thank you, as always :)

Interesting recipe Heidi - a little like a frittata but the addition of flour makes it very different. Chive and almonds are a nice flavour addition. I bet this would be good cold too, for an easy lunch the next day. Thanks for adding in your tip on cleaning leeks - I needed that particular snippet of information after making a slightly gritty sweet potato and leek soup earlier in the week!

Okonomiyaki is a delicous and cheap go-to dish over here. But as good as okonomiyaki is, I'd still rather have a pizza. Maybe that's just the nostalgia talking...

My favorite part of eating Okonomiyaki is that weird little shovel tool you use to cut and scoop. Is there always some sweet sauce on top? I have never had this dish in Japan, but my experience eating it is at Aki on rue Saint Anne in Paris.

you know, i lived in japan for almost a year before trying okonomiyaki, mostly because people kept calling it japanese pizza. coincidentally, it was on a trip to kyoto that my husband and i finally sat down in an okonomiyaki restaurant, only to discover it really wasn't anything like pizza at all! the owner mixed the ingredients into a batter in a big bowl right in front of us, then poured it all out on the hot griddle at the counter where we were seated so we could watch it sizzle! of course, in true japanese style, she also topped it with tons of sauce, mayo, and bonito flakes. i was thrilled that my hubby liked it as much as i did, because it's a great way to get him to eat more cabbage! now that i make it at home, i also like to add cheese to the mix (the restaurant we visited served an italian - style okonomiyaki), which helps hold it all together. i also use two small, wide spatulas to flip the whole thing over right in the pan! it's a lot of fun!!!

I love okonomiyaki! I lived in Japan for almost two years and this was ONLY dish that I mastered making at home- and also the only Japanese word that I easily could identify on a sign or restaurant menu:)- it is sooo fun to eat it with friends when you cook in on a shared grill and it's so delicious! You should maybe do some matcha inspired recipes Heidi, I am making poached pears in green tea with matcha cream as I write this:)

Those look terribly yummy... and healthy too! That is a genius way of eating cabbage, this is way better than the traditionnal coleslaw. Asian people have such amazing ways to prepare food. Hope you are having a nice trip there!

How coincedental! I'm hosting a cabbage recipe contest on my blog this week - kind of like an Iron Chef thing. You choose an ingredient and I chose cabbage. Mmm, mmm. Thanks for all the yummy cabbage dishes - I think it's such an under-rated and forgotten vegetable.

This is an amazing recipe. Growing up Polish I am a big fan of cabbage as sauerkraut was a big part of my life. However this beats out anything I've ever done with cabbage. Ironically, food network, specifically, Iron Chef, is on in the background. The secret ingredient is cabbage. I think it's a sign.

That is so cool. Thank you for sharing :D

Sounds more like a cabbage rösti than a pizza.

I can't wait to try this, and it's so versatile! I have some green garlic in the fridge that I think I'll toss with the cabbage - and some walnuts from the Oakland farmers' market. Wow, now I'm hungry, maybe I'll start cooking.

We mix dashi broth, flour and eggs before adding the veggie mixture in Japan. It stays together much better :-)

Ahhh okonomiyaki!! I'm going to make this tomorrow! My boyfriend is going to be very happy :)

Sounds delicious...I have always wanted to do something with cabbage besides cole slaw....

WOW! this is such a coincidence! i have recently started a new way of eating Clean and ALSO just got into Bento boxed lunches and was just reading about okonomiyaki and wondering what the heck it was! and here, low and behold, Heidi to the rescue!!! This looks prefect for my little fun lunches. I want to make more fun things in the upcoming weeks! I will have to also try that cabbage salad too! MMM! thanks Heidi!!!!