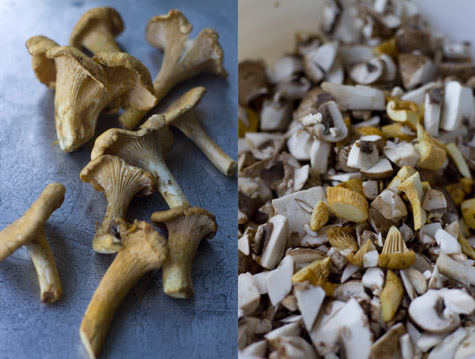 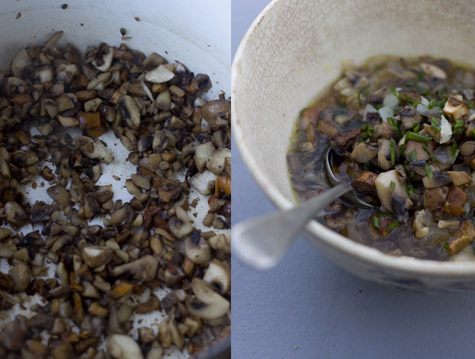 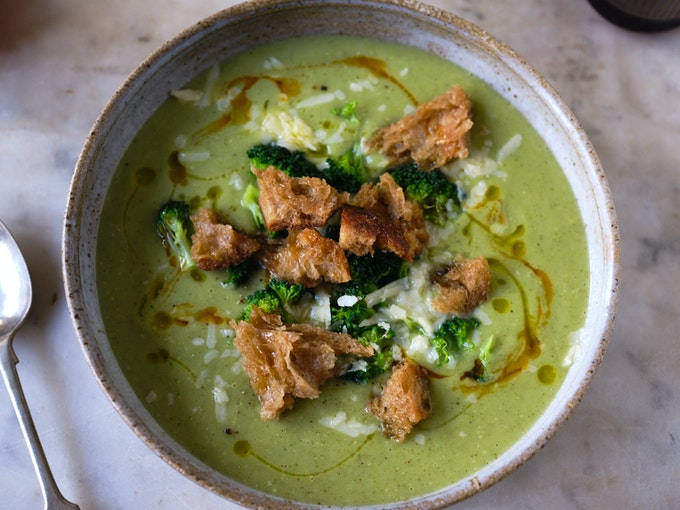 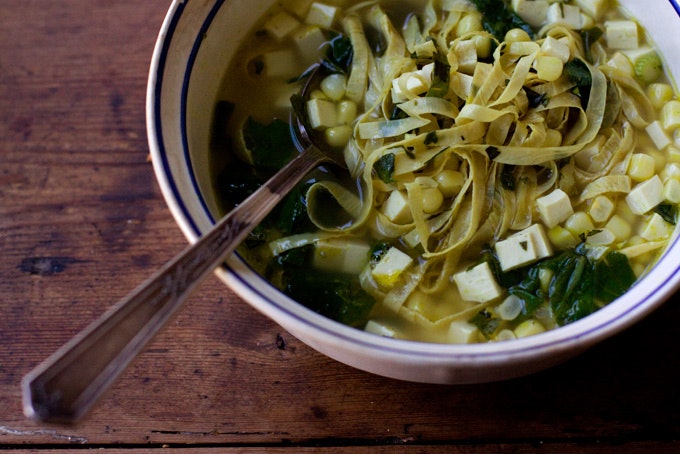 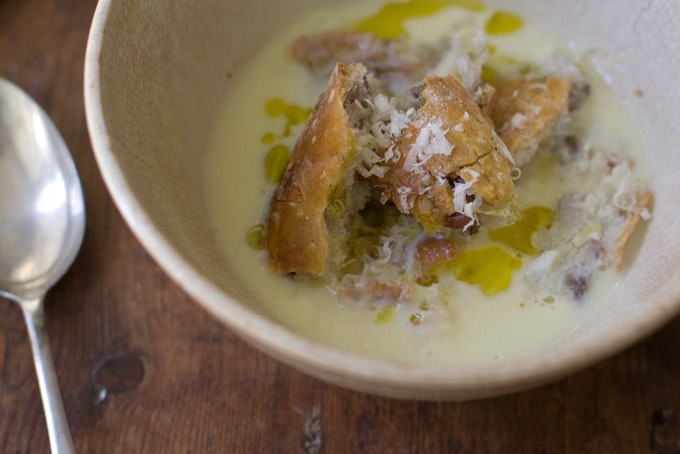 I come from a country where mushrooms are used in hundreds of different recipes. I absolutely love them! On your pictures I see my favorite chanterelles. I recently posted a recipe for creamy chanterelles on toast. and although they are not easy to buy in the US, they are worth trying.

Congrats, Heidi! Your Super Natural Cooking book is a staple in my kitchen :) This soup looks fantastic! I also cook up a huge batch of soup over the weekend to help me eat healthy during the week. Will have to try this soon. I usually make lentil soups as they are so filling

Congratulations on the book! Mushroom soup is one of my favorites. Love the addition of barley and soy sauce. Magda

Congrats on the new book! This soup looks great!

somehow I never manage to make my oversized pots of soup big enough to realize the plan you have outlined. My family loves them so much, and they feel so guilt-free, that they never last for more than two meals! congratulations on your cookbook - I can't wait to know more about it!

I'm so excited to try this recipe! I've always heard about the wonderful health benefits of mushrooms, but beyond Italian food, I struggle with ways to incorporate them into my diet. The idea for this soup is great and I love the suggestion to add tofu to it to make it more of a "one-pot" meal. Tartine is one of my favorite bakeries in SF! I'm sure the sesame seed bread was divine :)

Heidi, exciting news regarding your book & I am curious if the jacket you chose was one from the selection you posted a while back. Secondly, I love the idea of the group approach to books in the 101 library - I am very tempted by the NYT book having had a look at a copy this week - I love that Bill Granger's scrambled eggs are creating a bit of a buzz as I have never made them despite having had a copy of his book Sydney Food for over 10 years! HS: Hi Kate - the eggs are beyond decadent, and perfect for a weekend brunch. I made them again for a house guest the other morning. I suspect, they are going to fast become my "special occasion" eggs.

Congratulations on the book! Now is definitely time of the year for soups and this sounds and looks absolutely lovely.

I love the earthiness of mushroom soups, and the addition of sesame oil sounds wonderful. I'll certainly have to give this recipe a go.

oh! and big congratulations on your new book! i've already placed my pre-order... Super Natural Cooking is a go-to in my house and can't WAIT for the follow up.

this looks perfect. hearty but not heavy. and savory whipped cream is a terrific idea for topping a bowl of soup! I'm sure you've mentioned a favorite vegetable broth here before, but could you remind us what you prefer to use?

Congrats on the book! I look forward to buying it. I'm in the process of having my own vegetarian cookbook published (it's not being released until Spring 2011), and I am so looking forward to saying those words too!! Best of luck:) Meatless Meals For Meat Eaters

I've been wanting to try to make some soups and chillis this winter (I've only made one before). This one seems like an easy one to try and it looks so yummy and hearty!

I have been quite intrigued with mushrooms lately. I bought some very fresh trumpet mushrooms and they were delicious. I have also tried some pom poms and maitakes recently. All very different but delicious. I love a good mushroom soup. But even in mushroom country it can be difficult finding fresh mushrooms on the shelves and the farmers markets don't last forever!

One of my Friday farmers' markets has a mushroom vendor, and I always go unprepared without a plan for the week and never feel like I can buy mushrooms since they don't last very long. This Friday is the last day of the market and now I know exactly what I want to do. A few weeks ago I hated soup... not sure why, but now I'm suddenly obsessed and making every soup recipe I come across. I just made your Ribollita a few days ago - I froze a ton and still had plenty for a few meals already this week. It's by far my new favorite soup AND it's converting me to beans, too. Absolutely can't wait for your new book! :)

Congratulations on the book! I'm sure it has been a lot of labor - but I hope all comes out beyond your wildest dreams! I'll be picking up a copy. :) Or maybe I'll ask Santa for it. The soup looks filling, hearty and still is healthy, my kind of chilly day meal.

I really, really love mushrooms. It's supposed to be chilly and *hopfully* rainy this weekend here... Will need to run to the market to get the ingredients to make this soup. What perfect timing with the weather. Thanks Heidi!

Heidi, this look wonderful and mushrooms are so beautiful right now. I agree big time on making big pots of soup, so great for lunches too! Sometimes I add some miso and a little ginger as well. I like the sounds of the smoked paprika and lemon creme fraiche idea. Thanks for the continued inspiration.

Hooray for big pots of soup or anything I can make a glug of and pull out later, especially if it's one of your recipes! Can't wait to hear about the new book. I'm still loving SNC!