I've visited Rome a number of times, and I think I've finally nailed the time of year to visit. It took a few tries. Shoot for anytime between late September and mid-October. The weather is nice, but not hot. You might get the occasional afternoon rain, but not much beyond that. As far as where to stay? I still don't have a great recommendation for apartment rentals. Both times I've rented apartments, they've been perfectly o.k. - clean, great locations, completely livable, reasonable value for the money. I'd recommend the apartment we rented in Testaccio if it weren't for the noise. The mind-numbing noise. Even with earplugs. This particular apartment was on a busy, highly trafficked street, and even with the two layers of shutters closed, it was like living next to a freeway. 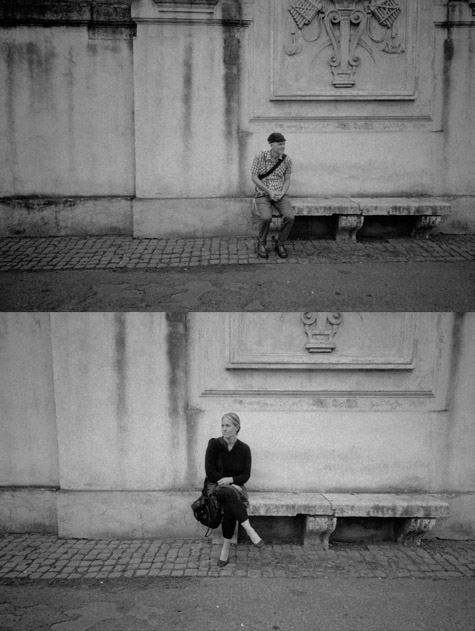 To reduce Rome to a list of places I enjoyed on this particular visit feels a bit strange. In part because it's all the little moments getting from place to place that I love. To be able to pop into the Pantheon on your way to a coffee date, or buy mushrooms at market that has been in the same place for hundreds of years feels so different to me than what I experience in my regular day to day routine. And the way ancient architecture and iconography is woven into urban life there never gets dull.

Here are a list of the places and experiences I enjoyed, organized somewhat by location. If you happen to visit Rome, try to seek at least a few of them out. I've also included some other links and resources at the bottom of the list. -h 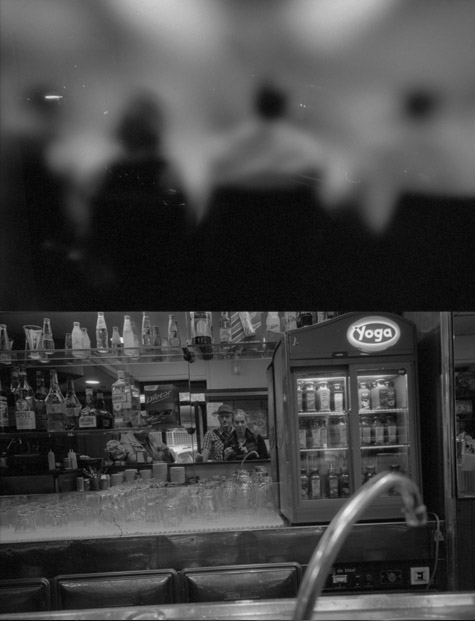 00100 Pizza: Pizza al taglio, the best of its kind. I couldn't get enough of it. Their pizza would have been enough of a draw, but they also have a refrigerator filled with artisan beer. Grab one and a slice then sit on one of the nearby park benches. My favorites were the aged balsamic-drizzled stilton, and the margherita.
Via Giovanni Branca 88, Testaccio
phone: 0643419624
website

MACRO Testaccio: Rome's international festival of photography was taking place at MACRO while we were visiting. You can check the website for current exhibitions.
Piazza Orazio Giustiniani 4

Volpetti: The ultimate Italian deli. It's where I would stock up on sheep ricotta, pecorino, grains, beans, lentils, and bread. You can have prepared lunch just around the corner as well at Volpetti Più.
Via Mormorata 47
website

Canestro Natural Foods: A well-stocked natural food store in Testaccio. They stock whole grains, whole grain flours, natural sweeteners, tofu, seitan, and a range of pastas. Much of what you would find in a U.S. natural foods shop.
Via Luca della Robbia 42 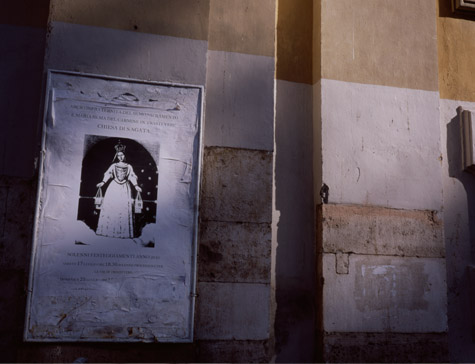 Ma Che Siete Venuti a Fa: A hole in the wall beer bar focused on craft beers. I love this place, BUT in an instant it can turn into a raging dude-packed football bar, which isn't really my thing. So I developed a bit of a strategy. I would go late in the afternoons, or early in the evenings, and pray there was no game being broadcast. If I lucked out, I could grab one of the five barstools, relax, and talk to the bartender about what they had on tap, and try a bunch of stuff.
Via Benedetta 25
website

NEAR THE HISTORIC CENTER

Il Gelato di San Crispino: Consistently my favorite place to order gelato in Rome -I kept going back for the chocolate-rum, and any of the ones with meringue chunks.
Piazza della Maddalena 3

Open Baladin: More artisan beer, much of it Italian. Huge number on tap. And on the food front, I had a particularly satisfying Insalata Farro for lunch here one day. Kid-friendly.
Via degli Specchi 6
website 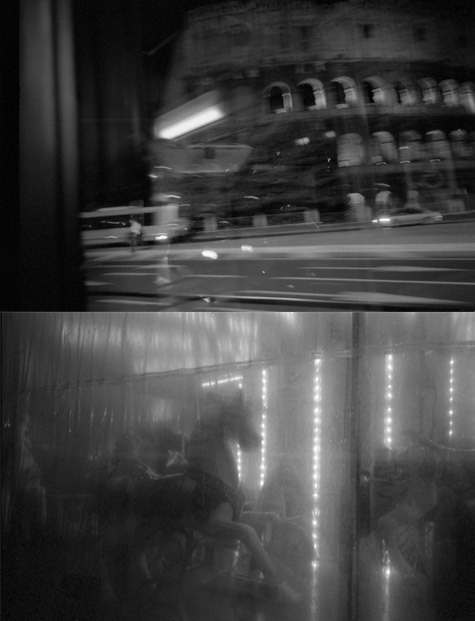 ars-imago: I took some of my b/w film here for development. I was a bit nervous, but it worked out great. You need a week for turn-around though, and make note of the shop hours. They also stock hard to find films including Impossible Project instant film.
Via degli Scipioni 24/26
phone: 3382300648

Gusto: Part of the Gusto mini-empire, this is, hands-down, my favorite lunch-time buffet in Rome. Choose from a spread of twenty-some platters of salads, antipasti, and cheeses. Sit outside & people watch under the massive awning.
Piazza Augusto Imperatore 9
phone: 39 06 3226273
website

Vino Roma: One evening before dinner, I squeezed in a wine class taught by Hande Leimer. And I'm so happy I did. We tasted a wide range of Italian wines, and I met a table of people all with different reasons for being in Rome. If you're interested in learning about Italian wines while in Rome, have a look at Hande's wine tasting calendar. She gives you the option of choosing from a number of different formats, including a wine & cheese lunch. The location is central, between the Vatican and the P.za del Popolo, which makes it easy to work a class into your overall plans for the day.
Vino Roma blog

Birra+: Neighborhood artisan beer shop. Bottles to-go for the most part, and although there wasn't a tasting the night we were there, apparently they regularly host tastings.
Via del Pigneto 105
phone: 06 70613106 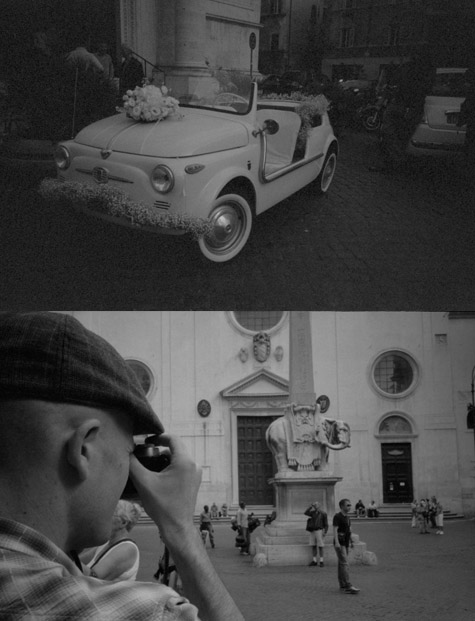 - I visited Rome in 2007, here is a list of some of the places I visited, and things I saw on that trip. Twenty things I encountered in Rome.

- Kristina Gill is the Rome-based editor of one of my favorite cooking series - the in the kitchen with section on Design*Sponge. Here's her round-up of Vintage Furniture Shops in Rome. Related, the Design*Sponge Rome Design Guide.

- Photographer Penny de los Santos spent time photographing neighborhoods in Rome for the April 2010 issue of Saveur Magazine. You can see a number of her shots here.

- I ran into Rachel a couple times while in Testaccio, a total fluke. She was nice enough to introduce herself and say hi to me on the street. Her Rome-centric food blog has lots of appealing recipes and lovely photos to match.

I'm sure many of you have favorite places that I missed, or never got to on this trip. Please feel free to post them in the comments. -h I packed my bags for Paris recently when Clotilde and I decided to trade apartments. I went to Paris, she came to San Francisco. I thought you might enjoy seeing some pictures and reading a list of highlights from the trip.

I haven't been to Rome in years but thanks for the links. I love when people post recommendations for places to stay, eat and see. I rather have that from a trusted source than some guide or online. I try to do restaurants reviews as i go. I was recently in Thailand for the 10th time or so. Love it there. So if you are ever going to Thailand let me know and i will give you the good places to stay. I haven't posted it on my blog yet, will some day.

Note to self: Get to Rome! Thanks for the tips. Cheers:)

i've been reading your blog for a while, tried and loved so many of your recipes. you are so inspiring and creative. being from roma i would feel extremely happy to return you a favor and suggest you a few favourites of mine: gelarmony Via Marcantonio Colonna, 34 (near lepanto metro station) it's a sicilian handmade delicious place, whipped cream is amazing, they have tons of different flavours, pistacchio is true heaven, also lots of soja ones, typical sicilian sweets like cannoli and maritozzi a kind of sweet bread you can fill with icecream. it used to be quite local and not so popular, but i've seen crouds going more and more lately and sure they deserve, for it's the best icecream ever tried in my life. another summer time must is grattachecca, you can find many chiosks along the sidewalks in rome, but nowhere you'll get a more delicious one like here: grattachecca la sora maria via trionfale (nearest metro station is ottaviano) it's open from 1 june to last day of september and i can swear me and my sister no matter how chilly is the weather on 30 september we'd be queuing (together with dozens of people) each year to get our last grattachecca of the year. this place is local and well known and appreciated among romans, that's why we'd queue for even half an hour to get smashed ice mixed with fruit syrups and pieces of fresh lemons, berries and coconut. it's the best summer refreshness. again, thanx a lot for your healthy delicious blog. i'll keep reading. maybe i ll see you in roma once ;) have a lovely week, cheers from italy HS: Wow Valeria, thanks for the recommendations. It sounds like a bunch of people are heading to Rome, and I'm sure they'll be much appreciated.

looks like you had a great trip! thanks for sharing!

I've been to Rome several times now and it never gets old. I love your b&w photos. Thanks for sharing your list of recommendations as well. Those will come in handy for next time :-)

Thank you! We are actually leaving for Rome in two days, so this comes in very handy. Can't wait to try the meringue gelato!

I've been to Rome a while ago (to be exact 20 years ago) and I remember the food being delicious, evn in the most common and unsuspectable places.

I also have been in Rome several times and love this city. It is so amazing to stroll around a corner and suddenly standing in front of an old monument which is already there for many centuries. Thank you for the nice pictures and the great tips.

Thanks! I will keep this in mind when I take a tour of Europe next year!

I'm so jealous. Rome (Italy in general) is next on my list of oversea places to visit.

Tabitha (from single to married)

I spent several weeks in Rome when I was 19 on my solo European adventure. I remember clearly the museums, the vatican, the food, the men, and the food- but most of all, I too recall the very loud nights of traffic outside my window.

Meghan (Making Love In The Kitchen)

Lucky!! I've been to Rome as a teenager so this is bringing back lovely memories. Great tips.

Wow, thanks for the tips! I was in Italy this summer, but didn't make it to Rome (crazy eh?). Anyway, I'm going back this summer and will definitely be making a trip back!

Excellent. Your blog, your pics, your recipes! Love it1 thanks a lot for sharing!

Thank you Heidi for such a thorough and thought out list - it is always so much nicer to hear of people's personal recommendations and suggestions. I love the photo of the little car too - was it decorated like that as part of a wedding perhaps? HS: It was Kate! This was, by far, the cutest one I saw. The baby's breath was adorable, and it was parked just outside a church waiting for the bride and groom. My only regret is not having color film for this particular shot :/...

Your trip to Rome looks fantastic! I will definitely keep the restaurants you've listed in mind when I visit this summer.

Beautiful pictures. I especially like the first one. Cheers, Joe

Thank you Heidi for the virtual adventure to Roma. The pictures and recommendations are perfect, if I could I would jump on a plane for some pizza and gelato pronto!