This time last year I made a winter punch, it was prosecco and gin-based with seasonal citrus, ginger and rosemary. It was crowd-pleaser, and a looker, and I ended up making it numerous times. More than anything, it was a recipe that bolstered my punch-making confidence. Part of me thought I should simply ride that punch for another year or two, as my go-to punch recipe. While the other part of me thought I should try to up my game with something new this winter, take things in an entirely different direction. So that's what I did. I started thinking about making something easy-drinking and unpretentious, wintery without being overly holiday. There are lots of tasty beer cocktails out-and-about right now, and it got me thinking that a beer punch might be an interesting direction to explore. Here's where I landed - a wintertime riff on the shandy, the beloved British beer & ginger ale (or lager/lemonade) quencher. Taking the shandy as a jumping-off point, I introduced a sweet-soup lemon-maple syrup, belly-warming brandy, and the boldest ginger beer on offer. An effervescent, clean, bright pilsner keeps everything easy-drinking, and light. As much as I liked last year's offering - I think this punch might take the prize. Happiest holidays all. xo -h 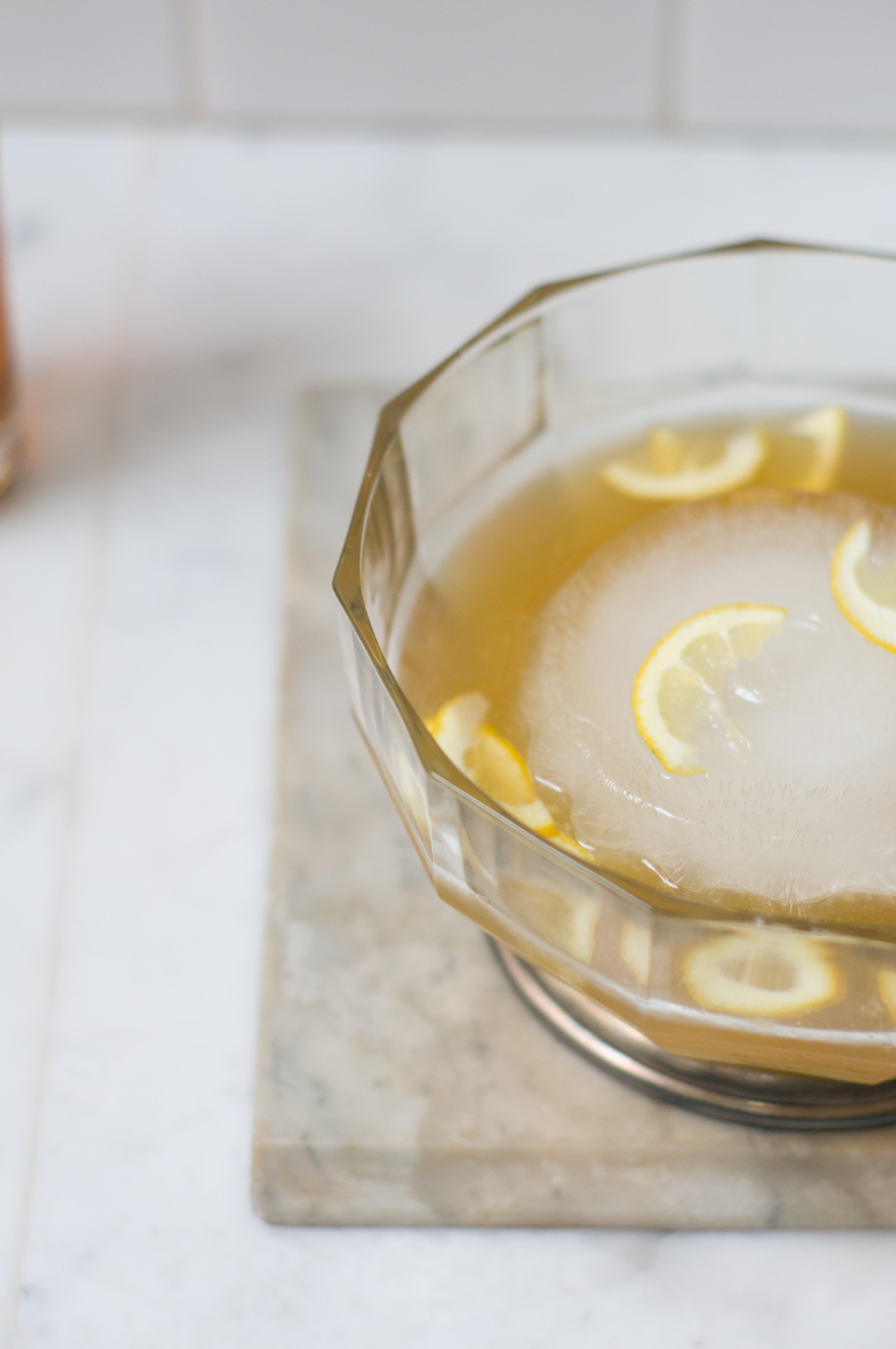 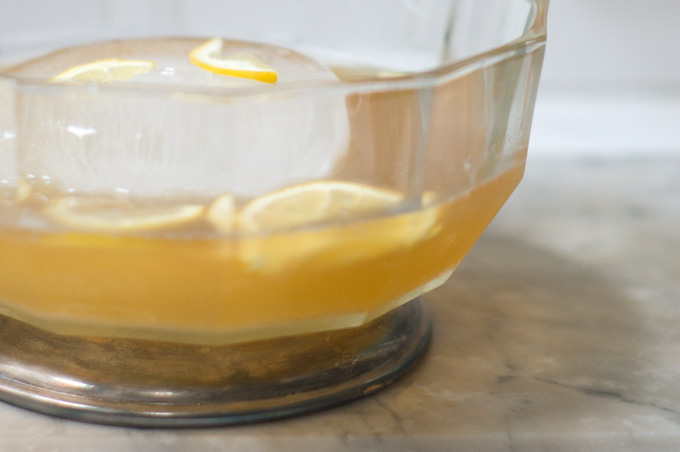 Thank you to all of you who came out to say hello at the Remodelista Market :)! I love being able to chat and meet you in person. And I genuinely come away feeling like I have the nicest, most interesting readers in the world. xoxo -h

Strain the lemon juice into a small saucepan, stir in the maple syrup, and bring just to a simmer over medium-low heat. Once the syrup is well incorporated into the lemon juice remove from heat, transfer to a medium bowl, and chill.

To assemble the punch, add the brandy and well-chilled ginger beer to the lemon-maple mixture. Stir well, then transfer to a punch bowl. If you have an ice block, place this (or equivalent ice cubes) in the bowl as well, along with some thinly sliced lemon. Now add the beer to taste - 4 bottles of pilsner seems about right, but you might go a bit more or less depending on how strong or sweet you like your punch.

Makes one bowl of punch. 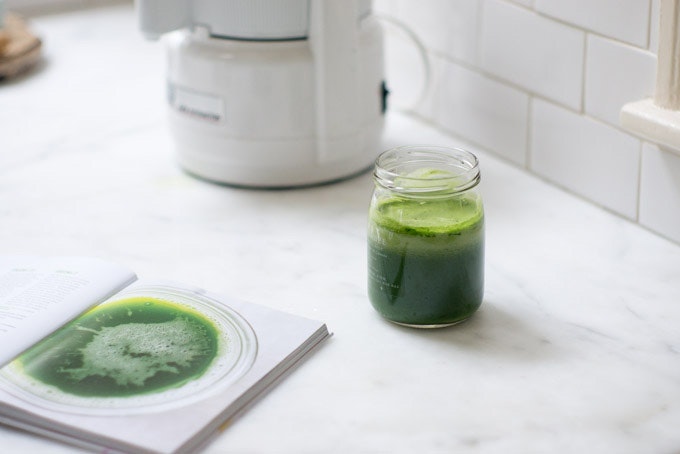 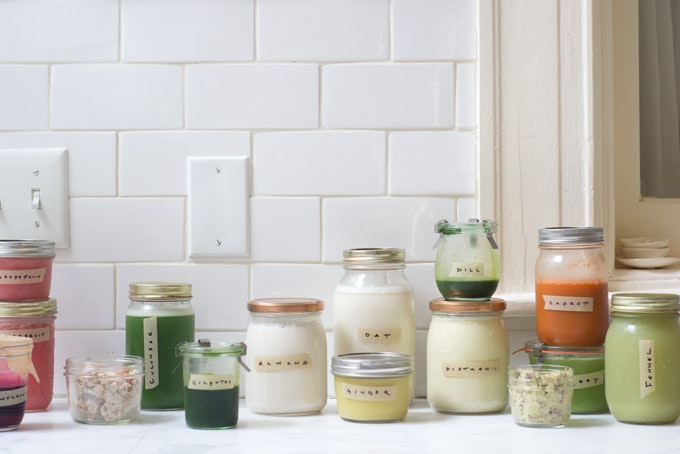 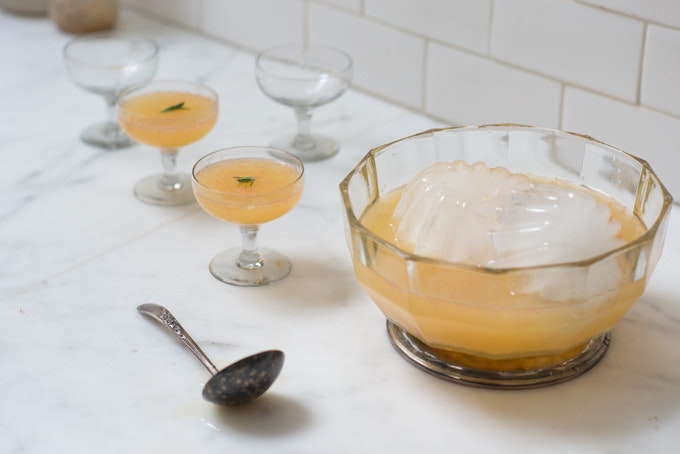 A beautiful winter punch recipe. Made from prosecco, winter citrus, gin, and rosemary sugar. It's simple to pull together, beautiful, easy-drinking, but not overly-strong. you can use

I have been utterly obsessed with all things ginger these past couple weeks- sprinkling ginger powder in my tea, atop oatmeal bowls and yogurt, and making gingery dal. Excited to try some ginger beer!

I tried this last week, and it was great. I used Bundaberg ginger beer and Lagunitas Pilsner, plus two Calvados mini bottles I had in my cupboard. I actually halved the recipe because it was only two people drinking, and it turned out great! Can't wait to make it again.

I love a good shandy, and this looks divine! Cheers!

read info on your website with great interest and will be headed to B an N to purchase your cook books.

Sounds intriguing. Not being a beer drinker of note, it would be a real surprise to my palate!

Thanks HS! I made both the Winter Shandy Punch and last year's Winter Punch and they were delicious. Thanks for the recipes, they made for a fun evening! Happy Holidays :)

I want to make your Winter Punch from last year this weekend, do you think it'd work well with Cava instead of Prosecco? Thanks in advance! Jess

Ahhh..the punch recipe i have been looking for. I am going to add some mint as well.

HS, I'm so glad that I found your recipe, I love the idea of a strong and spicy winter shandy punch, and I can't wait to make and serve this! May I ask you; does your recipe, as written, result in a punch that is more sweet or less sweet than a traditional fruit juice cocktail (such as a screw driver, or a Cape Cod)? Thank you.

This looks lovely! And the addition of ginger makes it a winner for sure :D I am having a New Year party this year, and might just have to make a bucket of this :D Just Wintery enough ^ ^

This sounds perfect for winter, especially that ginger addition

That sounds darn near medicinal. I might fall 'ill' all thru the holidays! PS Shandy in UK is usually made with fizzy lemonade (I use limonatta here)

A perfect festive drink for the holidays!

In a lot of places in the Great Britain and Ireland, shandies are made with beer (lager) and lemonade!

Lovely to see you all at the Remodelista Market. What a gathering of goods! Your knives, my god, incredible feel in the hand. And the olive blossom honey - heft! (On my list.) Felt too shy to introduce myself and say hello directly. So, hi.

So refreshing! Looks like the perfect fix to counter-balance the heavy eastern-european family dinners ahead in the next 2 weeks :)

I am nursing a nasty cold and this sounds amazing , like nature's perfect medicine ! Must make asap !!

Heidi, do you have a particular ginger beer you like to use in this? I have Gosling's on hand, which I expect would work, but curious if you have a favorite. xoxo