For many years our "house pozole" was a bright, vegetarian green pozole (pozole verde). It's a pozole made with serrano and poblano chiles, one that really goes for it on the cilantro and garlic fronts. It was my go-to pozole, I included the recipe in Near & Far and I would make it often in the summer when tomatillos are in season. Pozole, a Mexican hominy stew, is typically made with meat, but doesn’t have to be.

I’ve had a number of incredible vegetarian and vegan versions of pozole including the version I liked to order at Gracias Madre in San Francisco. There is a much loved vegan pozole served at Alta Baja Market in Santa Ana, but it has eluded me so far. You have to go on the last Sunday of every month (before they run out) and I hold out hope for my next visit. 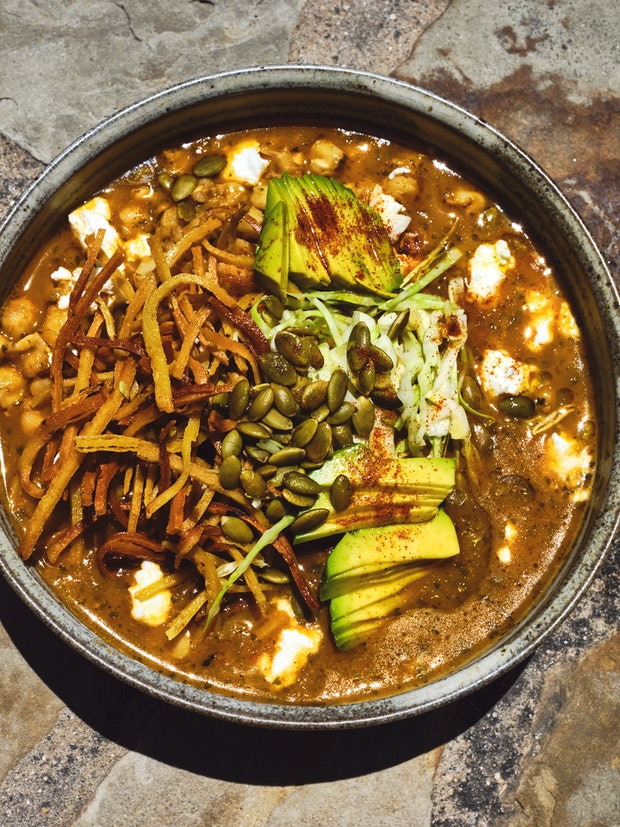 The recipe I’m going to to share today is actually a red pozole. It's a switch from the green pozole (pozole verde) we've made for so long, but it’s how I currently like to make pozole for myself, at home. A number of you have asked for the recipe, so here we go, with a bit of back story.

Wayne and I took a (very windy) road trip earlier this year, through the Southwest of the United States — from Los Angeles, California to Santa Fe, New Mexico. At the Santa Fe Farmers’ Market I bought a few pounds of beautiful, dried red posole. Along with that I scored some dried chipotle, cascabel chiles and fragrant Mexican oregano. In short, this haul prompted a shift from green to red when I returned home. 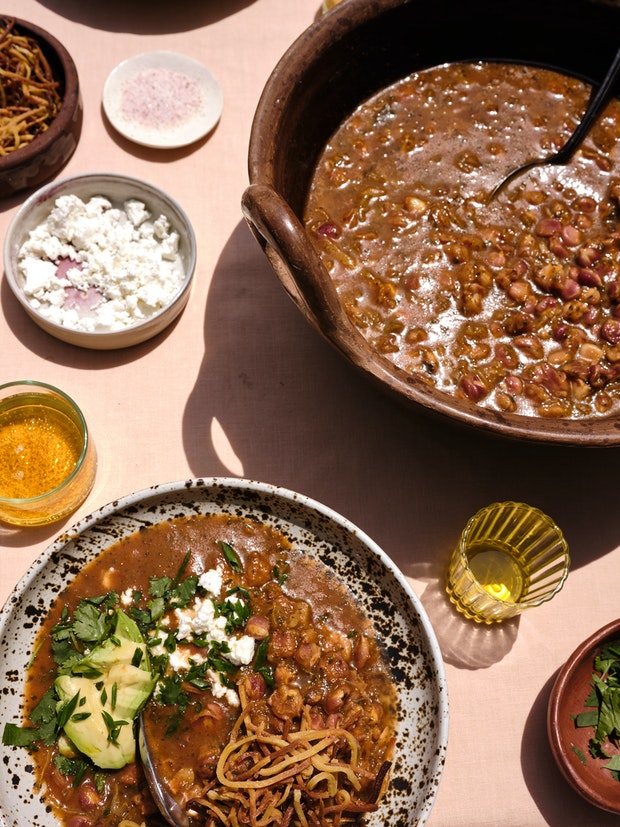 If you’re new to pozole-making you might be confused. Pozole (Posole) is the name of the stew, but *also* the primary, defining ingredient in that stew - nixtamalized maize or field corn. My understanding is the more traditional Mexican spelling is pozole, but you’re likely to see posole in the context of the Southwest. To add to the confusion you also see it called out as hominy. Ingredient lists (for pozole) often call for hominy, dried hominy, prepared hominy, and/or canned hominy. To succeed here, you need to make sure you're using nixtamalized corn / posole / hominy. I add links to favorite sources for dried (prepared & nixtamalized) posole down below as well as more links worth reading and exploring for a deeper dive.

Why is There Citrus in Your Pozole?

I suppose the most unusual aspect of this pozole recipe, aside from it being veg., is the high-volume introduction of numerous citrus accents. The first time I switched our “house” green pozole to an early version of this red one I felt like it needed some lift. It needed some sort of bright punctuation in flavor to counter the earthiness of the chile broth and starch of the pozole (hominy). I started reaching for nearby ingredients in my kitchen and garden.

It turns out adding a foundational citrus component or two was a game changer (beyond a squeeze of lime or lemon as a topping). Now I can’t imagine making veg. red pozole without it. A fatty drizzle of tangerine or lemon olive oil snaps everything into place. I also love to pick a few leaves off my makrut lime tree, sliver-slice whisper thin and add them to the pot in the final few minutes of simmering. I’ve used lemon zest as well on occasion. And *then* I love to serve bowls with wedges of lemon, lime or orange. Bonus points if they’ve been seared on a comal or grill, or in a pan. 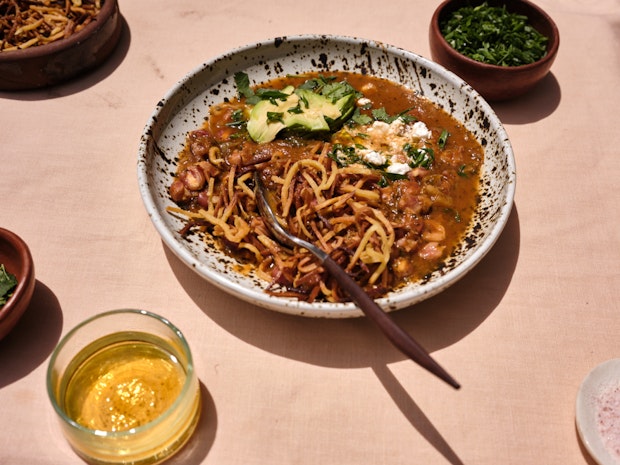 I never use canned hominy in my pozole (posole), I just don’t. By cooking dried pozole (hominy) you get beautiful blossoms of corn kernels plus a flavorful corn broth. You can carry that full-bodied broth over to your pot of pozole later in the process. My recommendation is to cook from dried and set up a great foundation from the start.

How To Make Pozole Video

Here's a quick little slideshow style video so you can see how it all comes together.

Where to Buy Dried Pozole (Posole)

After cooking through the red posole from Santa Fe I’ve been ordering a beautiful organic red posole via Southwest Heritage Mill. And my go-to white corn posole has long been from Rancho Gordo.

One of the things to love about a big, celebratory pot of pozole is the way everyone is able to customize a bowl. The recipe I’m including below (pre-toppings) is naturally vegetarian, vegan, and gluten-free. This is part of what makes it such a great meal to prepare for a crowd. It accommodates a range of dietary preference with no added lift for the cook. Here’s a list of favorite toppings: 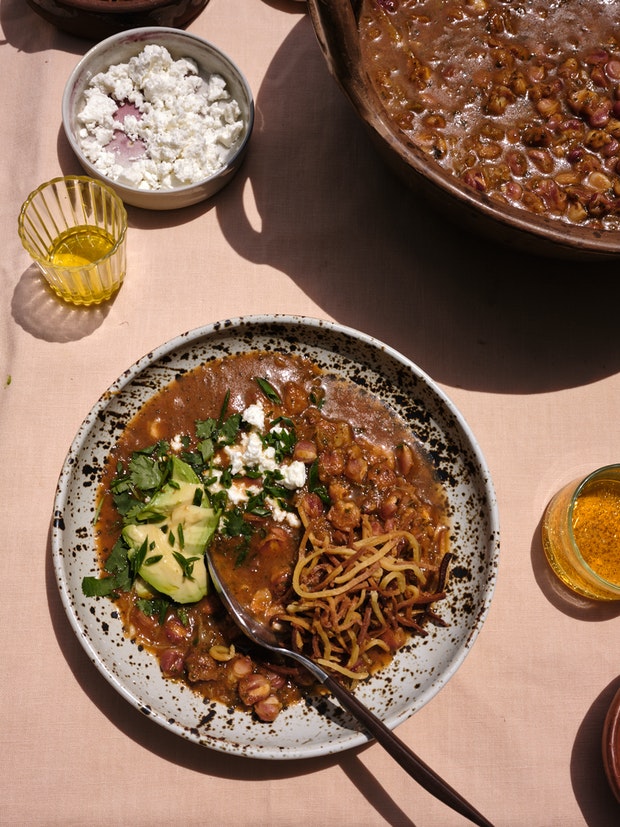 There is something special about the ritual of preparing pozole from start to finish in one go. It requires patience, planning, and some supervision over stretches of time. That said, there are many times when I need to break up the process and prepare components ahead of time. This allows a big pot of restorative pozole to come together in a relatively short period of time. I’ll do this if we’re driving from L.A. to see family in Northern California. The components start to thaw in the cooler on the drive up, and then just a few steps are needed to finish things up at the end of a long drive day. Everyone can help prep the toppings. The stages look something like this:

I like to use cascabel chiles here (and order big bags of them online), but if you need to substitute ancho chiles that will work too. This recipe calls for 5-6 cups of water or broth. You can swap in any liquid you have from cooking the dried posole here. I typically have about two cups. So I’ll use that plus 3-4 cups of water to get the desired consistency. 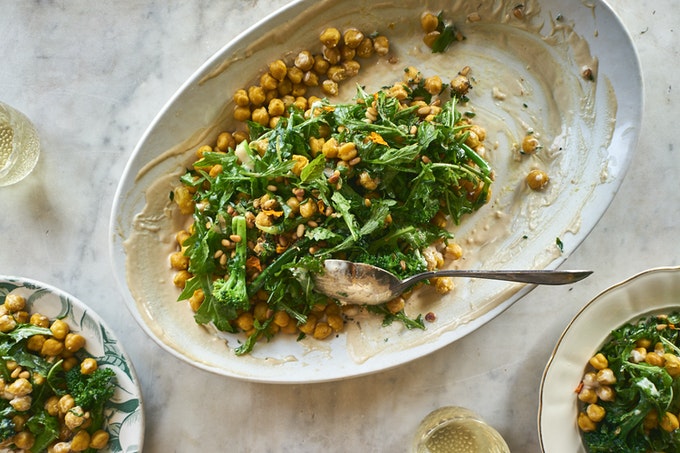 Great vegan recipes are like gold. Especially when they feature real whole foods, and lots of plants. This type of cooking supports your health and overall well-being in important ways. No meat? No dairy? No eggs? Don't sweat it. There are many other ingredients to get excited about. 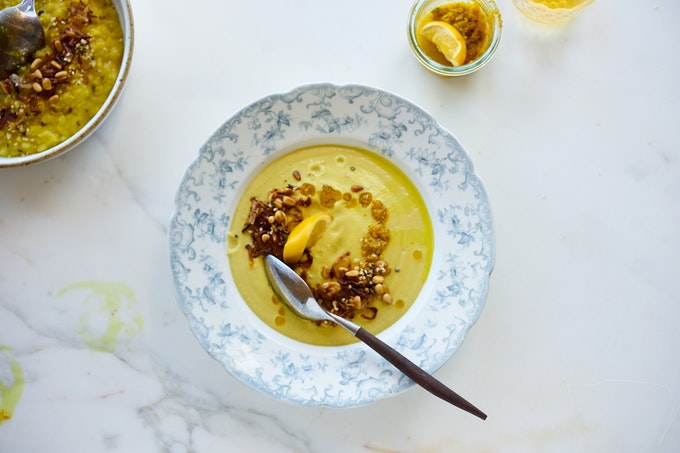 A round-up of the most popular soups of 2021, plus a trio of favorite soups from my personal list. 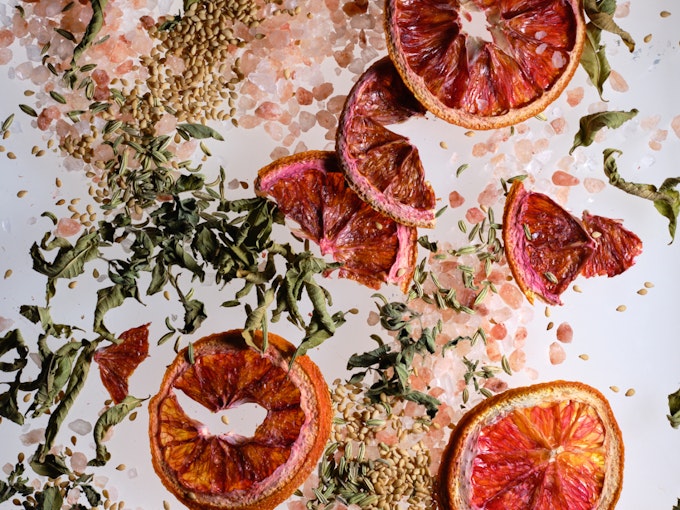 A collection of eight bold, flavor-packed spice blends. The recipes are the ones I use regularly, the ones in my notebooks with lots of stars and hearts next to them. 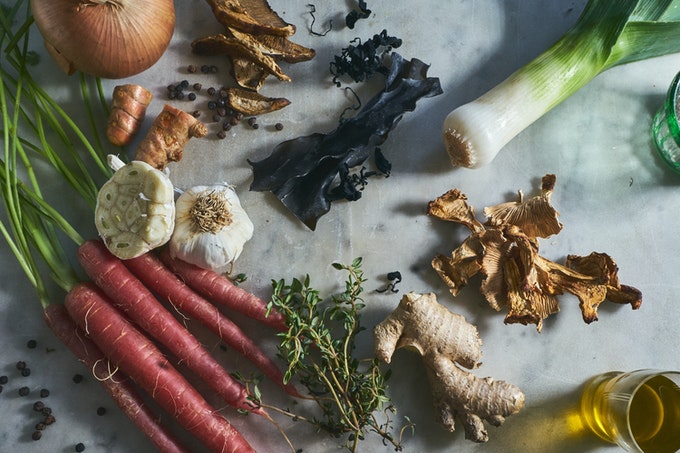 Bone broth is all the rage. But I don't cook with bones, so I'm always trying to come up with nutrient-dense, mineral-rich broths that check all the beneficial boxes. 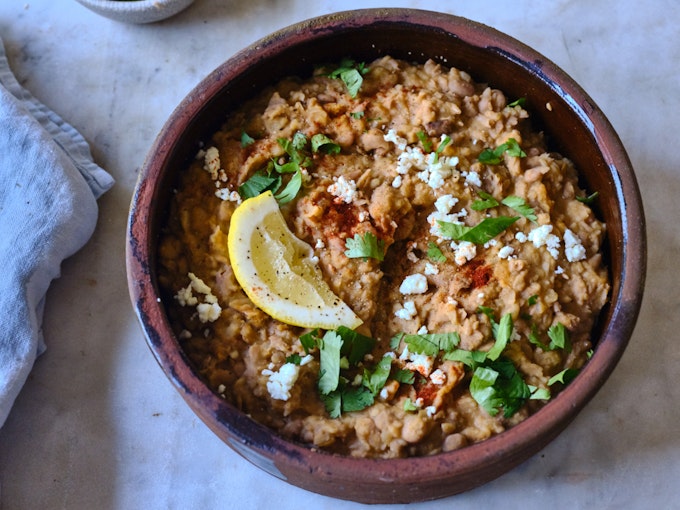 If you've only ever had refried beans from a can, this should be the next recipe you cook. Homemade refried beans are a game-changer. Use just the right amount of olive oil to cook well-minced onions along with the beans and plenty of their broth. Smoked paprika adds a hint of smoky depth you can't quite put a finger on, my secret ingredient is a finishing splash of freshly squeezed lemon juice. I think it's the element that helps keep the beans from seeming too heavy, and the acidity counters the starchiness of the beans.

Hmmmm. Canned chipotles and canned hominy are more prevalent at my neighborhood Oakland grocery. I will try with those, and curious if you tried those. :)

Hello, can I prepare the hominy in an Instant Pot? And if so, how long would you recommend cooking it? Thank you!

Yes! I think that would work beautifully, although I haven't tested the timing.